A Shot at a House

In one of my volumes of The Faith Files, I told the story of a house my family purchased through a series of faith actions. We 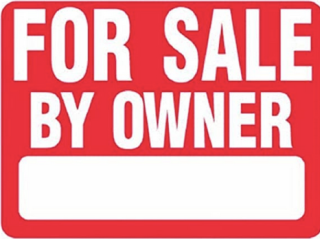 lived in that house for five years and enjoyed every day there. We hosted weddings in our large family room. We hosted dinner parties and had family and friends over regularly for cookouts and meals. Out-of-town family came to visit, and my wife’s sister lived with us for three years. I had an office in the downstairs bedroom and the other bedrooms were upstairs. If ever there was a house we loved, that was the one.

After five years, however, we sensed that God was calling us to pastor a church in Orlando, Florida. That meant we would have to put our beloved house in Mobile, Alabama on the market. The Orlando church needed someone right away, so we put the house up for sale and moved into a rental home in Orlando, 500 miles away. We moved before we sold because we didn’t want a house to hold us in an area when God wanted us to be someplace else. What’s more, we just knew (or assumed) that our Mobile house would sell quickly because we were doing God’s will.

We enjoyed being in Orlando but the Mobile house didn’t sell right away. Truth be told, we were in a rental house for two years while we waited for the Alabama house to sell. We prayed, lowered the price, had people walk around the house and declare it sold, prayed some more, and struggled every month to make two payments—our rent and our mortgage.

Then one day my children came running into my office with a registered letter. Unbeknownst to me, they had entered my name in a drawing for a free house and the letter was from the builder and the NBA Orlando Magic, cosponsors of the house giveaway. When I opened the letter, I was informed that I was one of 50 finalists to win the house. All I had to do was come to a Magic game, shoot one foul shot, and, if I made the shot, my name would be entered in the final drawing. There was no telling how many others would make their shot, so my chances were at worst one in fifty—if I made the shot. We were excited!

When I looked at the ticket for my game, however, my heart sank. It was for a Monday night and I was scheduled to be away at a church conference. I was the conference coordinator, so there was no way I could not be present. I called the Magic to see if I could switch games with someone else. They said no. We were all disappointed, but I gave my ticket away and drove to Atlanta the same day that my “shot” at a house had been scheduled.

Needless to say, I was discouraged as I made the seven-hour drive to Atlanta. “God,” I said, “I’ve done everything I knew to do to sell the house. I moved to Orlando because You wanted me to. And now I feel like You dangled this house in front of me and jerked it away.” As I drove, I realized that I could view this scenario in one of two ways. I could be discouraged and even angry over what had transpired, or I could see this as a sign from God. God could give me a house when He was ready to do so. I didn’t need the Orlando Magic or anyone else to help me. If God was for me, and He was, who could be against me? By the time I arrived in Atlanta, I had made my choice to trust God.

After a two-year wait, we sold the house while I was at that conference! What’s more, six months later God miraculously provided and we bought a house in Orlando, complete with a swimming pool and citrus trees growing in our yard. We loved that home, too, not because it was the greatest house in the world, but because of what we learned in the process.

Faith doesn’t make God your butler who is ready to meet your every wish or need. It doesn’t put God at your beck and call. It does, however, give you the means to live every day with confidence and joy. My experience made what Job said a little more real to me: "Naked I came from my mother's womb, and naked I shall return there. The Lord gave and the Lord has taken away. Blessed be the name of the Lord” (Job 1:21 NAS) and “Though he slay me, yet will I trust in him: but I will maintain mine own ways before him” (Job 13:15).