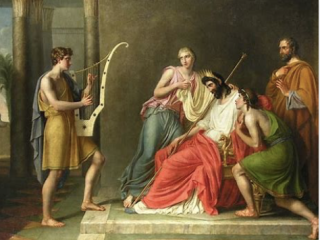 two kings of Israel: Saul and David. I have often said that David learned more about leadership from Saul than he did anyone else: Saul taught him how not to lead. For the most part, David learned his lessons well and today, 3,100 years after he reigned, the nation of Israel still calls itself the people of David. I would say that indicates David did a pretty good job!

I was reflecting once on the differences between Saul and David to identify lessons for my own leadership growth and understanding. Here are some contrasts I found. There are probably more, but these are the ones I discovered.

There are more lessons such as David learned from history ("I have killed the bear and lion"), Saul did not. Saul was vindictive, but David was forgiving and gracious. David was a worshiper, but Saul had no such mindset. If you are a leader, go over these lessons and spend some additional time studying to see what you can learn from David's leadership example as well as Saul's—keeping in mind that Saul's lessons are mostly on how not to lead.