I heard someone say once that humans are rational beings who do irrational things. After 45 years as a pastor and hearing people tell me all kinds of strange behavior (and seeing some of it firsthand), I am 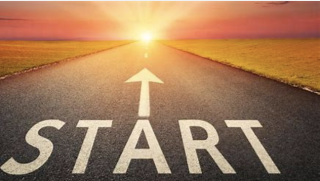 inclined to agree with that statement. I have reflected on it often, and would like to share some conclusions with you this week—and continue our discussion next week.

Our irrationality manifests mostly with where we begin in our thought process, not with the process itself. In this short space, I think it best to give you an example and go from there. In Mark 3:1-5, we read

Another time Jesus went into the synagogue, and a man with a shriveled hand was there. Some of them were looking for a reason to accuse Jesus, so they watched him closely to see if he would heal him on the Sabbath. Jesus said to the man with the shriveled hand, “Stand up in front of everyone.” Then Jesus asked them, “Which is lawful on the Sabbath: to do good or to do evil, to save life or to kill?” But they remained silent. He looked around at them in anger and, deeply distressed at their stubborn hearts, said to the man, “Stretch out your hand.” He stretched it out, and his hand was completely restored.

How often have you said, "Lord, if I had a sign to confirm Your will, I would know and obey!" In this story, the Pharisees witnessed a magnificent and startling sign: A man's withered hand was un-withered right before their very eyes. What was their response? We read in Mark 3:6: "Then the Pharisees went out and began to plot with the Herodians how they might kill Jesus."

They saw Jesus perform a miracle and what was their response? They determined He had to die! That's irrational, but the problem was not in their conclusion but in their starting point. They assumed they knew all there was to know about the Sabbath and further believed it was their job to protect that day from violators on God's behalf. When they saw the miracle, they evaluated it from an irrational starting point. You might even say they had a stronghold in their mind for the thought that no creature could do what Jesus did on the Sabbath and get it away with it had a strong hold on their mind. From then on, they acted perfectly rational, for if they were correct (which of course, they were not), then the rational thing to do was punish Jesus for His offense.

What's my point? The point is that you have starting points and they impact how you rationally carry out your life and ministry. Here are some examples:

Starting point: "The earth is flat." Result: Early explorers refused to go so far and no farther, otherwise they would eventually fall off the end of the earth.

Starting point: I don't have time to write a book." Result: You don't even try. Truth: You have all the time in the world (24 hours every day) but are probably using the lack of time as a front for your fear.

Starting point: "I don't have money to give." Result: You don't give, God doesn't bless you, so you have less to give. Truth: Even a small "widow's mite" can have an affect on God and the situation into which you are giving.

Where are you rationally living in a pattern that began with an irrational, incomplete, or flawed starting point? The only way to find out is to continually challenge your thinking where starting points are concerned. You don't have time to write a book? How is it then that I have written as many as i have?. You don't have money to give? How is it that you have $200 for cable television service or $75 to have your nails done or $89 for the latest doo-dad you need for your hobby? Because you have never challenged your "need" for so much television or the fact that your hobby or beauty needs are expensive and out of control, you don't give. You are correct (rationally) that you don't have money to give—because you are wasting it on something to satisfy your own desires. Your starting point is "I need this" or "I deserve this," and thus you follow through rationally on your flawed premise.