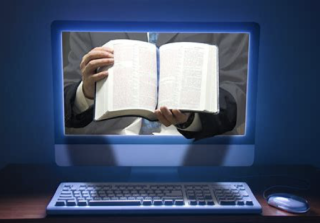 the U.S. as I write and apply it to the Church. No, I am not suggesting or praying that God will harm the church or cut off her resources in retaliation for perceived or actual shortcomings. I am using this phrase because I think this is what God is doing right now, and it is consistent with how I have seen Him work in my lifetime. I can also come up with a few biblical examples to show that God uses finances to direct His people into new ventures and then restores their "fortunes" when they are properly placed.

I am on record declaring with confidence that God is using this pandemic season to teach the church new things and strip and scrape away some of the cultural baggage and barnacles it has accumulated. I have used the phrase 'addicted to face-to-face ministry' to describe our penchant for public gatherings while ignoring the power of technology and social media—utilizing it reluctantly or as an afterthought, if at all.

Whenever I say this, some well-meaning soul will write me, sometimes in a frenzy, to say the church must meet, that anything else is not the church. They insinuate I am suggesting that technology can replace the church. At no point have I said that technological presentations can replace the church, but I have said it can be the next best thing to being there if we cannot meet. I have also said that we can and should use technology to reach more with the message of the gospel and to disciple others. We should have material relevant to counseling, evangelism, and doctrine online. Every church leader should have a vibrant, relevant presence online. With reduced attendance, I know the finances of many churches have taken a hit and God is using this not to punish the church, but to redirect its efforts. In that sense, God is defunding or getting the church's attention through financial leanness.

To give you an example of this phenomenon from the Bible, I am going to use a story that isn't about financial lack, but it is about change that came to the early church that led to new, fruitful ministry. The story is found in Acts 8 and involves the story of Philip the Evangelist:

Those who had been scattered preached the word wherever they went. Philip went down to a city in Samaria and proclaimed the Messiah there. When the crowds heard Philip and saw the signs he performed, they all paid close attention to what he said. For with shrieks, impure spirits came out of many, and many who were paralyzed or lame were healed. So there was great joy in that city (Acts 8:4-8).

Let's flesh out this story a bit more. Jesus had told the disciples to go to Samaria and the ends of the earth, but no one seemed motivated to go. They were all staying in Jerusalem and its environs where everyone knew everyone else, having daily meetings in the Temple and from house to house. Then Stephen was martyred in Acts 7 and suddenly, the church could not meet as it had. The authorities persecuted believers, and we read how bad it got when we learn the ends to which Saul later to become Paul was willing to go to pursue and imprison followers of Christ. I liken this persecution to what the Church is encountering now in that its normal operations had been interrupted by forces beyond its control.

In response to this, Philip and others decided to venture out to Samaria, that land where the hated Samaritans lived. When Philip got there and preached, all heaven broke loose. Signs and wonders flowed and the residents "all paid close attention"—every preacher's dream! This is similar to what some are doing today. When the church cannot meet, they are venturing out to a technological Samaria and finding good results—no money, but good results. Other churches are not using technology but still finding new ways to deliver ministry, such as increased use of the telephone, mobile apps, drive through prayer lines, food distribution, and house-to-house visits (hopefully practicing social distancing).

Of course, eventually things settled down in Jerusalem for the believers or as much as it was going to as the days before the fall of Judea played out. Yet once Philip went to Samaria, others went there and beyond and eventually Paul and a host of others swarmed all over the Roman world to preach, teach, and establish churches. My sense is that once we start using social media as we should and could, we will have new success in ministry that will open many more doors we cannot even imagine or think about today.

Let's keep in mind that the Church belongs to Jesus. He bought it with His blood. If He wants us to change the way we "do" ministry, then it's our job to make the changes—not resist them in a theological frenzy of end-time paranoia. If you still aren't convinced, then all I ask is that you at least listen and learn from those who are embracing new methods of ministry that will produce different results than those to which you have become accustomed. If you are convinced that God is defunding only to redirect our efforts, then I encourage you to keep on keeping on. You are a pioneer for the Lord and one day you will share what you've learned with a grateful church that made the jump to new ministry modes that will enhance our public gatherings when the all clear signal is given.