When I first came to the Lord in 1973. I was on fire as I discovered many spiritual things I had never known before. One of those areas I discovered was the joy of giving. I was earning $600 per month (which is about $3600 in today's terms) and the day I got paid, I would pay my rent, my car, buy some food, support a few orphans overseas, and gave the rest of the money away—the day I got paid. Then I would live by faith for two weeks until I got paid again. I was happy and I learned so much about myself and the Lord.

Now fast forward 50 years later and I am still learning many spiritual things but I am not so much on fire any longer. While I am at home reflecting on pandemic lessons, I have two cars in the garage (we only need one right now) with full gas tanks, and a closet full of clothes—but I have no place to go. And I am reflecting on how I used to live and how I live now.

Then someone called me the other day and said, "I have some money in the bank and it's' not doing me 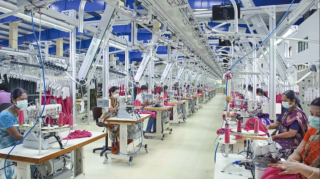 any good there. I want to give it to you for your work in Kenya." It is not a small amount and I was blessed and exhilarated for what the money will do, but then again, I thought of my current lifestyle and how I used to live. When I apply that to our culture at large, it made me think of something I read in Fast Company Magazine the other day in an article titled "For Weaving The Clothing Industry into the Circular Economy":

For decades, Americans have had an insatiable appetite for new clothing's spurred on by the fast-fashion industry, which cranked out cheap, disposable garments that helped global clothing production double from 50 billion items a year in 2000 to more than 100 billion today (There are only 7.8 billion humans on the planet) (March/April 2020 edition).

The article went on to describe the environmental impact to the production of that much clothing and it is staggering, but can you imagine one hundred billion pieces of clothing in just one year? Is there any doubt that part of the message of this latest crisis is that more is not better, is not sustainable, and is an enemy of the words of Jesus that warned us about the addiction to more?

Someone in the crowd said to him, “Teacher, tell my brother to divide the inheritance with me.” Jesus replied, “Man, who appointed me a judge or an arbiter between you?” Then he said to them, “Watch out! Be on your guard against all kinds of greed; life does not consist in an abundance of possessions.” And he told them this parable: “The ground of a certain rich man yielded an abundant harvest. He thought to himself, ‘What shall I do? I have no place to store my crops.’ “Then he said, ‘This is what I’ll do. I will tear down my barns and build bigger ones, and there I will store my surplus grain. And I’ll say to myself, “You have plenty of grain laid up for many years. Take life easy; eat, drink and be merry.”’ “But God said to him, ‘You fool! This very night your life will be demanded from you. Then who will get what you have prepared for yourself?’ “This is how it will be with whoever stores up things for themselves but is not rich toward God" (Luke 12:13-21).

In this context, Jesus equated more with the concept of greed, but more sounds better than greed. In this season of less, God is reminding us that more, or faster, or cheaper, or new is not always better. I  for one know I have had an attitude adjustment while sheltering at home that will carry into the new normal.

Yesterday, we went to a store and had to stand in a long line after some of the things we wanted were out of stock. It seems that there will be much more of that (waiting and doing without) to come but that's a good thing, if it will help us get back to what I knew in 1973. There is more joy in giving and more comfort in trusting the Lord than more in our bank accounts, wealth, or retirement funds. The article and the person who called to donate the money have reinforced in my mind the idea that this season can be of great benefit to us as the people of God if we realize how deeply we got sucked into more and how much freedom there is to establish that there is no more more.

Feel free to leave your comments on the site where this is posted.