Here it is, the last essay on the seven woes Jesus described in Matthew 23. I have tried to distill these woes down to leadership lessons for us today so we can learn from the mistakes of Jesus' 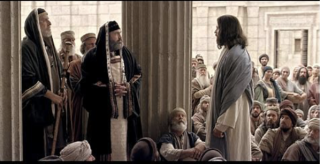 contemporaries who were convinced they were good leaders when the opposite was true. This seventh woe is a bit longer because it wraps up Jesus discourse:

“Woe to you, teachers of the law and Pharisees, you hypocrites! You build tombs for the prophets and decorate the graves of the righteous. And you say, ‘If we had lived in the days of our ancestors, we would not have taken part with them in shedding the blood of the prophets.’ So you testify against yourselves that you are the descendants of those who murdered the prophets. Go ahead, then, and complete what your ancestors started!

“You snakes! You brood of vipers! How will you escape being condemned to hell? Therefore I am sending you prophets and sages and teachers. Some of them you will kill and crucify; others you will flog in your synagogues and pursue from town to town. And so upon you will come all the righteous blood that has been shed on earth, from the blood of righteous Abel to the blood of Zechariah son of Berekiah, whom you murdered between the temple and the altar. Truly I tell you, all this will come on this generation" (Matthew 23:29-36).

Let's review this story. These leaders were claiming that if they had been around, they would not have persecuted God's prophets like their ancestors had. Jesus knew that they were hiding the reality of their hearts and had done it so long that they had successfully deceived themselves. Therefore, the greatest prophet was standing before them and they were going to kill Jesus, which would reveal the truth that they would have indeed acted like their parents way back when and were going to repeat how their parents had treated the prophets of old where Jesus was concerned.

Jesus referred to these men (and they were all men) as snakes and vipers because He was trying to wake them up so they could save themselves from the trouble ahead. They were so far gone in their deception, however, that could not even consider that they were in the wrong. They talked a good game, but they could not really play the game.

There are two lessons I want to focus on from this story. The first is that God requires truth and will set up circumstances to reveal the truth, not to judge us, but to set us free as only the truth can do. The second is that talk is cheap and meaningless unless it is backed up by reality. These man talked like they were just and fair, but their actions spoke of corruption, which Jesus labeled hypocrisy. Leaders must not try to look real, they must be real. That means they do the work of examining their own hearts, with God's help, to see what's there and then seek the Spirit's help to produce what God would want to see there. Leadership integrity must be that their declarations match their realty.

As we close our study of the seven woes, let us recommit ourselves to the hard work of becoming the leaders that God wants us to be. Let us not settle for a good appearance only, but let the outer reveal the godliness of our inner life. Let us learn who we need to be based on who these leaders were not, and let us hear the heart of Jesus that yearned for these leaders—and for us—to walk in the truth. It was clear that if they refused, then He would orchestrate circumstances that would reveal the truth. I want to walk in the truth and not in appearance of the truth and I trust that you will join me in this leadership practice.