This week, let's look at the third woe Jesus listed in his sermon found in Matthew 23, and he had more in the way of explanation for this one than for any of the others: 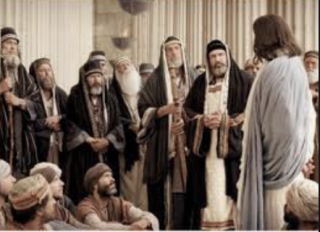 Jesus attempted to show the leaders that they were majoring in minors by emphasizing and teaching principles that seemed spiritual but were not. What does this tell us about God's expectations for leaders in and out of the church?

Leaders must constantly study to improve their discernment and gather wisdom, so the Jewish leaders were correct in gathering and studying regularly, but their blindness caused them to study the wrong things and/or come to the wrong conclusions. This points out the importance for all leaders to challenge their "starting points" to ensure they are starting from the right logical point. For example, the Jewish leaders' "starting point" was that God would never heal on the Sabbath. When Jesus healed, they logically concluded from an incorrect starting point that He was not from God and had to be executed. In this third woe, the leaders were doing the same thing: starting at the wrong point and then traveling down the wrong path that led to erroneous conclusions. Their conclusions were logical but were flawed because of their incorrect assumption.