Last week, I began a leadership series based on Jesus' message to the Pharisees in Matthew 23 that contained seven warnings all marked by the word "woe." Woe is a term that designates sadness or doom and can be contrasted to the word "blessed" or "happy" that Jesus used when He began His public ministry: "Blessed [happy] are the poor in spirit, for theirs is the kingdom of heaven" (Matthew 5:3). Let's examine the reason for the first woe and see what the leaders were doing that attracted 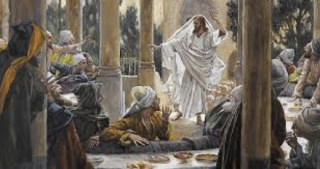 God's anger (so we can learn to avoid the same behavior):

“Woe to you, teachers of the law and Pharisees, you hypocrites! You shut the door of the kingdom of heaven in people’s faces. You yourselves do not enter, nor will you let those enter who are trying to" (Matthew 23:13-14).

Here are some thoughts I have. Feel free to add your own to this post:

This clearly indicates that Jesus expects any leader, in the church or outside it, to assist others to fulfill their purpose in the Lord by taking the things the (the leaders) have learned and helping others learn from those experiences. Leaders are to be accessible and willing to assist others not as experts but rather as fellow seekers and disciples. This process is best summarized by what Peter wrote in his epistle:

Be shepherds of God’s flock that is under your care, watching over them—not because you must, but because you are willing, as God wants you to be; not pursuing dishonest gain, but eager to serve; not lording it over those entrusted to you, but being examples to the flock. And when the Chief Shepherd appears, you will receive the crown of glory that will never fade away (1 Peter 5:2-4).

The attitude of leaders must be that they lead 1) willingly; 2) to serve and not to amass wealth; and 3) as role models and not as autocrats. It is obvious that the Pharisees led with the opposing attitudes and behaviors; they served the people grudgingly and with cruelty, did it for money and prestige, and used their positional power to lord their authority over others.

What kind of a leader are you? Are you a door opener for others or a door slammer? Do you serve or lord? Are you growing or expecting others to grow while you stagnate or regress? We will see clearly from this series that Jesus expects His leaders to hold to a higher standard than the world, and He does not apologize for His expectations, for He modeled them firsthand for us to see and emulate. Let's make sure we adopt the correct standards when we evaluate our leadership or that of others, otherwise we may be walking the valley of woe that is the sentence for any who refuse to adopt God's leadership ways.