Down, But Not Out

As we close out the year, I trust you have had a purposeful and productive year. There is a Christmas gift for you at the very end of this entry. Before you get to all that, however, please enjoy this classic Monday Memo from the archives and apply the purpose lessons to your life this holiday season.

I love spending time in the city of London. One year while I was there, I went to see Handel’s Messiah 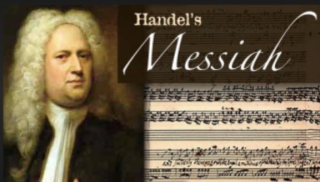 at the Royal Albert Music Hall. What a wonderful way to enjoy a timeless masterpiece of music and Scripture in the city where it was composed. That visit sparked one of my Christmas favorites from the Monday Memo archives, which I present to you again this year.

Messiah is considered by many to be the greatest musical feat in the history of mankind. Commissioned by a charity to produce a benefit concert, Handel wrote the Messiah in only 24 days. A musician once told me that someone trying to copy the Messiah could hardly do so in 24 days—that is the level of inspiration in which Handel operated when he wrote. Handel never left his house for those three weeks. His food trays remained untouched outside his office door.

A friend who visited him as he composed found him sobbing with intense emotions. Later, as Handel groped for words to describe what he had experienced, he quoted St. Paul, saying, “whether I was in the body or out of my body when I wrote it, I know not.”

What’s even more impressive is that Handel wrote Messiah under extreme duress. The Church of England strongly criticized and opposed Handel and his previous Scriptural works put to music. At the age of 56, he had no money, often going out only at night so as to avoid his creditors. Handel performed what he considered his farewell concert and went home, fully expecting to end up in debtor’s prison. Yet the first performance of Messiah in Ireland in 1742 raised almost 400 British pounds for charity and freed 142 other men from debtor's prison. Of course, the rest is history as countless millions have enjoyed and marveled at his work for more than 250 years. Handel also went on from there to enjoy tremendous success and popularity in his latter years.

So what does this have to do with you? Perhaps you are a person of purpose but you feel frustrated, even defeated in your PurposeQuest. Maybe you find yourself down and out, discouraged and criticized, forgotten and a failure. Perhaps your finances are in poor shape. If any of those descriptions fit you, read on, for this Memo can restore your hope and faith. If that’s not where you are right now, read on anyway, for that will probably describe you one day as you pursue your purpose.

WHAT TO DO WHEN YOU ARE DOWN AND OUT

What should you do if you are in a season of “un-use,” disfavor, or inaction? As we close out 2018, I urge you to do three things if you are discouraged, disillusioned, or dismayed. And if you’re not, I urge you to find someone who is—you shouldn’t have to look too hard—and encourage them in their dark time.

I had some financially hard times in 2019 and had to resort to my own advice, following the three steps I outlined above. I am glad to report that I did not waver in carrying them out, and they brought me through. I’m grateful for God's help as 2019 comes to an end, and I hope you can find reasons to be thankful as well. If it's been a tough year for you, thank God for His faithfulness that kept it from being worse. At least you’re still alive and purpose eligible! Then take this Memo to heart or share it with someone who needs it. I pray that as you do what I recommend above, you will see a purpose breakthrough in 2020. Thank you for allowing me to come into your life every week and thank you for being a fellow PurposeQuest-er. As I close this Memo, I wish you not only a great week, but a Merry Christmas and a happy holiday season!

CHRISTMAS GIFT: Here is an link to my audio message (40 mins) titled "Have Yourself a Mary Little Christmas."