Why We Have a Leadership Crisis

This is the fifth and final essay with my most current thoughts on leadership. Here were the topics of the previous four:

And now, let's add the fifth point to the list:

5. We have a modern leadership crisis. 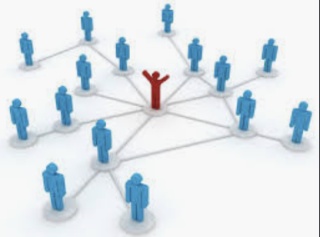 This is true both in and out of the church, and let's start by looking at a lengthy passage from the book of Ezekiel addressed to the leaders of Israel to understand why we have this crisis today:

The word of the Lord came to me: “Son of man, prophesy against the shepherds of Israel; prophesy and say to them: ‘This is what the Sovereign Lord says: Woe to you shepherds of Israel who only take care of yourselves! Should not shepherds take care of the flock? You eat the curds, clothe yourselves with the wool and slaughter the choice animals, but you do not take care of the flock. You have not strengthened the weak or healed the sick or bound up the injured. You have not brought back the strays or searched for the lost. You have ruled them harshly and brutally. So they were scattered because there was no shepherd, and when they were scattered they became food for all the wild animals. My sheep wandered over all the mountains and on every high hill. They were scattered over the whole earth, and no one searched or looked for them.

“‘Therefore, you shepherds, hear the word of the Lord: As surely as I live, declares the Sovereign Lord, because my flock lacks a shepherd and so has been plundered and has become food for all the wild animals, and because my shepherds did not search for my flock but cared for themselves rather than for my flock, therefore, you shepherds, hear the word of the Lord: This is what the Sovereign Lord says: I am against the shepherds and will hold them accountable for my flock. I will remove them from tending the flock so that the shepherds can no longer feed themselves. I will rescue my flock from their mouths, and it will no longer be food for them.

“‘For this is what the Sovereign Lord says: I myself will search for my sheep and look after them. As a shepherd looks after his scattered flock when he is with them, so will I look after my sheep. I will rescue them from all the places where they were scattered on a day of clouds and darkness. I will bring them out from the nations and gather them from the countries, and I will bring them into their own land. I will pasture them on the mountains of Israel, in the ravines and in all the settlements in the land. I will tend them in a good pasture, and the mountain heights of Israel will be their grazing land. There they will lie down in good grazing land, and there they will feed in a rich pasture on the mountains of Israel. I myself will tend my sheep and have them lie down, declares the Sovereign Lord. I will search for the lost and bring back the strays. I will bind up the injured and strengthen the weak, but the sleek and the strong I will destroy. I will shepherd the flock with justice (Ezekiel 34:1-16).

The final verse seems to summarize what the Lord expects of His leaders, both in and out of the church,  when He promised to take leadership matters into His own hands: "I will shepherd the flock with justice."

Justice is a word given to much subjective interpretation. In other words, it varies from person to person. When an athlete holds out for more money, he or she has an idea of what a "just" salary would be, while ownership may have a completely different idea. One athlete may differ from another on what a "just" pay is for his or her position. My point is that we must search for a standardized, universal definition to which we can all submit our personal, subjective interpretations to that definition. I don't know of where to find such a definition--except in the word of God.

I have made the point throughout this series that leadership is an ongoing study. Leaders never arrive nor are they able to say, I've learned enough. They must always be learning and growing because the people they are leading and the destinations to which they are going are always changing, and that requires leaders to be changing as well. Let's look back at the passage from Ezekiel to see if we can find some concepts to include in our definition of justice.

There are three themes that emerge from Ezekiel 34:1-16, which are:

All three points come down to leadership power and how it is used. If it is used in the best interests of others, there will be justice. If the power is used for the benefit of the leaders, there is injustice. Jesus streamlined the definition even more when He declared, “A new command I give you: Love one another. As I have loved you, so you must love one another" (John 13:34). Paul described what love in action should look like when he wrote, "Therefore, as we have opportunity, let us do good to all people, especially to those who belong to the family of believers" (Galatians 6:10).

Therefore, let me attempt to define justice where leadership is concerned: "The use of leadership power for the good of others and not for personal gain." If we accept this definition, we can see why I say we have a crisis, for many in the church and outside of it use their power not to empower others but to overpower them. The only antidote for this tendency is service, which is why Jesus advised His followers with these words at the Last Supper:

With those words, let's adjust the definition above to read as follows: "The use of leadership power motivated by love in the service of others for their good and not for the leader's personal gain." Our crisis would be solved if leaders would commit to live out that definition. Will their justice be perfect? No, it will not be perfect because some will always criticize and want more from their leaders than those leaders can produce. The leaders, however, must be comfortable with their own imperfections as they strive to achieve the perfection of our definition.

If you are a leader, no matter where or who you lead, I urge you to read Ezekiel 34:1-16 and prayerfully ask the Lord to show you how you can fulfill His expectations where you are right now. Study the definition I have provided and use it as a mission statement for your leadership. I promise if you seek the good of others that, even if they don't see or appreciate what you have done or are doing, God will see it and be pleased. After all, even though we serve others in love, God is really the only one we must please in this task called leadership. If we do that, we will then hear "Well done, good and faithful servant" at the end, and we will be have done our jobs to the glory of His name.