Here is the third of five entries containing my latest thoughts on leadership. The first two focused on: 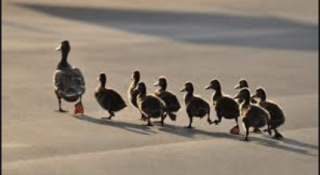 This third point is summarized in the statement

3. Leadership effectiveness is based on self-awareness.

Self-awareness is the practice of paying attention to one's feelings and surroundings, especially the people with whom the leader comes in contact. For the latter to happen, however, leaders must pay attention to what they themselves are feeling and thinking. This may sound simple, but unless that skill and practice are developed, they may never occur.

I liken it to leaders learning to have an out-of-the-body experience, where they are able to step back and examine what they did, what they are doing, and what they are thinking and feeling. Sometimes a coach or mentor can help them do these things, but they can easily learn to do it by themselves. The best example I can provide is from the life of Jesus when He was touched by an infirm woman:

As Jesus was on his way, the crowds almost crushed him. And a woman was there who had been subject to bleeding for twelve years, but no one could heal her. She came up behind him and touched the edge of his cloak, and immediately her bleeding stopped. “Who touched me?” Jesus asked. When they all denied it, Peter said, “Master, the people are crowding and pressing against you.” But Jesus said, “Someone touched me; I know that power has gone out from me.” Then the woman, seeing that she could not go unnoticed, came trembling and fell at his feet. In the presence of all the people, she told why she had touched him and how she had been instantly healed. Then he said to her, “Daughter, your faith has healed you. Go in peace" (Luke 8:42b-49)

Even though Jesus was busy and on His way to an important meeting, He still felt someone touch Him. The people around Him were incredulous, for the crowd was pushing and jostling Him, but He was aware that something had happened to Him. This is important because His self-awareness led to Him being others-aware, and He was able to significantly help another woman in need simply because He paid attention.

You may dismiss that as a bad example or irrelevant, thinking that Jesus was divine and therefore had supernatural abilities to be in touch with Himself and His surroundings. If that's the case, then let's look at another example from the life of Nehemiah. Nehemiah was a servant to the king, serving royalty their food and drink. After Nehemiah heard about the terrible conditions in Jerusalem, he was burdened, so he fasted and prayed even though he was on duty. Then one day the following transpired:

In the month of Nisan in the twentieth year of King Artaxerxes, when wine was brought for him, I took the wine and gave it to the king. I had not been sad in his presence before, so the king asked me, “Why does your face look so sad when you are not ill? This can be nothing but sadness of heart.” I was very much afraid, but I said to the king, “May the king live forever! Why should my face not look sad when the city where my ancestors are buried lies in ruins, and its gates have been destroyed by fire? The king said to me, “What is it you want?” Then I prayed to the God of heaven, and I answered the king, “If it pleases the king and if your servant has found favor in his sight, let him send me to the city in Judah where my ancestors are buried so that I can rebuild it.” Then the king, with the queen sitting beside him, asked me, “How long will your journey take, and when will you get back?” It pleased the king to send me; so I set a time (Nehemiah 2:1-6).

If the king wasn't paying attention, he would not have noticed that Nehemiah was sad. What's more, even when he noticed, why did he care? He was the king, the most powerful man in the kingdom. Everyone's job was to make him happy and not use his power to help others--or so traditional leadership thinking has gone. The king could have been angry that one of his servants came into his presence with a sad countenance (that is perhaps why Nehemiah was afraid). The king was an effective leader whom God used because the king had trained himself to pay attention to his own feelings and thoughts, and that caused him to be empathetic and sensitive to those of others.

Now, even if Jesus was sensitive to the woman's need because He was God, that indicates He can help us have that same sensitivity--but only if we want it. If we want it, then we will do the work necessary to have the skill to more often than not read situations and people accurately so we can lead effectively--just like Nehemiah's king did. We will cooperate with His work in our lives to put us more in touch with the needs and humanity of others as we recognize our own frailty and need.

The goal in this self-awareness is empathy and not sympathy, for the latter is feeling for someone when they feel badly. Empathy is feeling what others feel, sometimes before they tell us, because we want to know and because we have been where they are, and can identify. Empathy can only be felt when someone has paid attention to their own journey and pain along the way, and has a heart and desire to help others who are on the same journey.

Many say that feelings are not to be trusted, that we must not be led by our feelings. I disagree. God uses feelings to lead and guide us, and paying attention to them is vital to hearing God's voice, which is the epitome of leadership effectiveness. Heeding the messages of our heart is important if we are going to lead and guide others, for we cannot take them where we haven't gone ourselves, and God will use something as simple as paying attention to get us where He wants us to be--and to be who He wants us to be, which is effective leaders.