Leadership Is a Sacred Trust

Recently I was teaching on The Price of Leadership at a conference in South Africa, and much of the 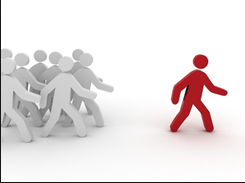 material is from my book by the same title. There is some new material, however, that I have introduced while teaching this in Kenya and I realized I have never written about it. Therefore, I will share in five parts what I call my current understanding of leadership, starting with the first point this week.

The Lord expressed His dissatisfaction with the leaders of His people in Jeremiah, and His words indicate what He expects from His leaders:

“Woe to the shepherds who are destroying and scattering the sheep of my pasture!”declares the Lord. Therefore this is what the Lord, the God of Israel, says to the shepherds who tend my people: “Because you have scattered my flock and driven them away and have not bestowed care on them, I will bestow punishment on you for the evil you have done,” declares the Lord. “I myself will gather the remnant of my flock out of all the countries where I have driven them and will bring them back to their pasture, where they will be fruitful and increase in number. I will place shepherds over them who will tend them, and they will no longer be afraid or terrified, nor will any be missing,” declares the Lord (Jeremiah 23:1-4).

Let's examine what these verses tell us about the Lord's expectations for shepherds and leaders:

And what is it that leaders are to facilitate in the lives of those who follow His leaders?

While the terminology of shepherd and sheep is more common in a church setting, it is clear that God holds al leaders to the same standards, whether they are politicians, business people, civic leaders, pastors, or parents. This is obvious because the prophets addressed the leaders of the nations around His people on God's behalf, and it was clear that God had appointed them and held them accountable.

The psalmist made it clear that no one is in leadership by their own will or ambition: "No one from the east or the west or from the desert can exalt themselves. It is God who judges: He brings one down, he exalts another" (Psalm 75:6-7). That is why leadership is a sacred trust. God bestows the opportunity to lead but then judges every leader's performance, regardless of the field in which they lead.

Jesus was quite hard on the leaders of His day, who felt they were sufficient if not good leaders because they understood the Law and the things of God. They did not care for the people, and Jesus addressed them as the Lord had done through Jeremiah, expressing seven "woes" in Matthew 23:13-39. Here is just one of His seven woes: “Woe to you, teachers of the law and Pharisees, you hypocrites! You shut the door of the kingdom of heaven in people’s faces. You yourselves do not enter, nor will you let those enter who are trying to." Notice the similarity to what is in Jeremiah 23, which is a subtle indication that Jesus was not speaking on behalf of the prophets, but He was speaking to the leaders as God Himself.

The church has historically not done a good job of training and equipping leaders for growth and increase. The thinking is that once God promotes leaders, they will then somehow receive everything they need to be effective. That is a flawed concept and the church is paying the price of lost opportunities and scattered sheep, but the same is true for almost every area of human endeavor. People have "checked out" because the leaders have not done their job. In the next essay, we will look at the second point, which is related to this matter of leadership development.

Posted at 10:30 AM in ChangeTheWayWeDoChurch, Leadership | Permalink | Comments (0)