Home Archives Profile Subscribe
We Measure What We Value
Exciting News: Merger between PurposeQuest and WEEP

Be Careful Who You Tell

Old Testament Joseph had two dreams and immediately told his family, but they were not too happy to 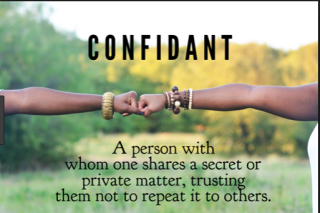 hear they would all be bowing down to him in the near future. Joseph's eagerness to share with those who would and could not understand God's choice of their brother and son as the family ruler cost him more than a decade of his life in Egypt as a slave and administrator before God brought the dreams to fruition.

Contrast Joseph with Mary, the mother of Jesus, who didn't have a dream but rather an angelic visitation followed by divine appointments with the shepherds and then Simeon and Anna in the Temple when she took Jesus there to be dedicated.

After Gabriel announced she was pregnant, Mary did not tell anyone as far as we know, except Elizabeth her cousin, who was also with child in her old age. Mary was wise enough to know not to share what God had revealed to her to anyone except a person who could understand, and that person was Elizabeth--who had her own experience with a miraculous conception. Joseph was not as wise and paid a price.

The point is this: Be careful with whom you share your purpose and ideas for creative expressions. Not everyone is going to understand or be able to nurture and support the dreams and God ideas you have. Don't share them with just anyone unless you are looking for someone to talk you out of what you think you have heard. Then it should not be too hard to find people who will tell you "you're crazy" and who will remind you of your limitations and past failures.

Who is in your circle of confidants? People who will stimulate and challenge you to be more than you are today, or those who have a vested interest in you staying right where you are? The choice is yours and it may make the difference between years of wandering and days of living the life God has assigned you to live.